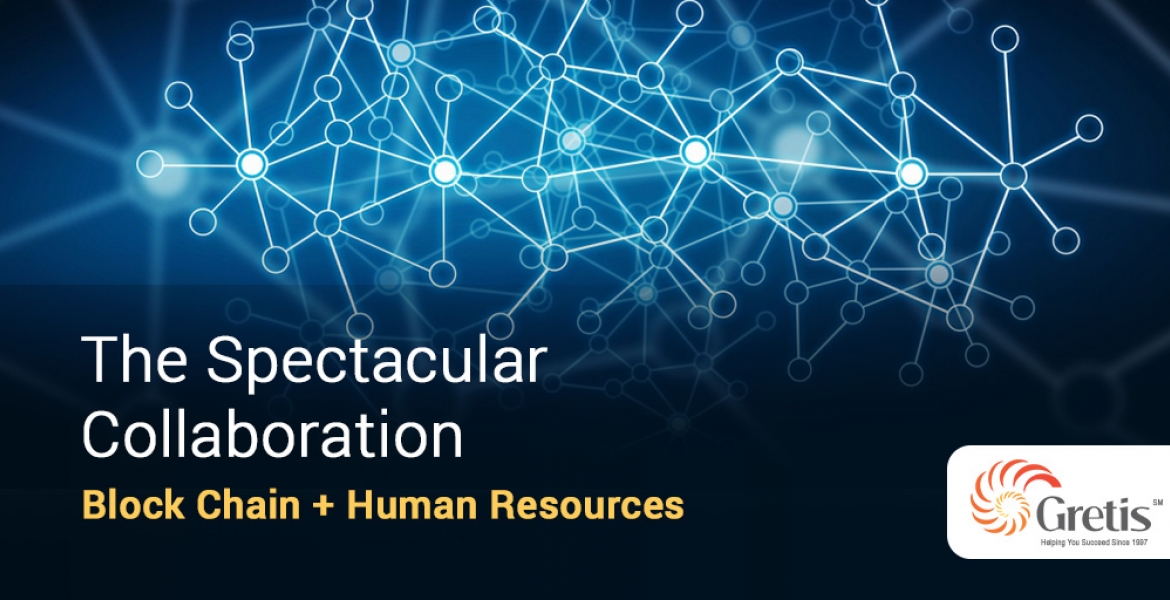 2.1 Billion USD shall be spending on Blockchain solutions across industrial stretch in 2018 and Human Resources along with Finance outfits is one of the front runners. The employer – resource relationship is dominantly influenced by fair delivery of duties and timely payments. However, with so much stress on verification and processing, the delay times cause significant loss of productivity, making the entire HR management ecosystem, say, tedious! While the technologies of tomorrow have finally earned their repute and are being widely accepted, Blockchain takes the lead. Utmost data privacy, no faking of information and seamless payouts are some of the impressive solutions that the technology stays committed to.

Daniel Roddy, a senior manager with Deloitte Consulting in New York City with specialty in human capital, feels that while these are early times, Blockchain has promising future for human resource management. As per Daniel, “It is early, both in terms of its maturity and the creation of the kind of large consortiums needed to gain alignment on how Blockchain systems will work. But there is considerable potential for human resources.”

Blockchain systems have tremendous potential in binding the data together

That had to top the list! Data breaches are continuously hinting at inadequate security layers and that’s where emerging tech philosophies like the Blockchain are swaying away all the support. Consider a case study where a portal governed by the Blockchain network lets job seekers and employers engage over specific job requirement.  A job seeker would be in total control of access of his or her certifications. The employers are able to view the credentials only when the former releases access to the same, which in turn is cross-signed by the certifying body. That is, one earns utmost ownership of their data and can enable or disable particular users from accessing it. To put things in more perspective, the job seeker would be able to share education credentials, which are in turn cross-verified by the university. In this way, the employers need not spare time and resource for verification of the same.

There is lot in store for gig workers as well. The probable potential of dispute is hereby eliminated as Smart Contracts can be written and enforced with ease. This has noteworthy application in music industry where payment for music royalty is often a matter of hot debate and controversies keep surfacing now and then.

The movement of money is instantaneous, which makes the system fair. In fact, attorneys are finding it hard to enforce smart contracts and when that becomes a norm, imagine the ease with which contracts would be made and enforced.Companies are already investing great sums of money to make that reality. Maersk, IBM and Walmart are some of the recognizable names that are taking the lead to use Blockchain technology to create utility companies of the future.

Talent hunt – Narrowing down upon candidates with authentic credentials

Companies face so many challenges while hiring candidates, particularly candidates’ background verification. Candidates are often found to have used fake documents to obtain employment and that causes bit of bother for the employers, who have to terminate the former later on.

But how are the companies going to verify credentials across different countries? As talent travels across countries, and even continents, it becomes nearly impossible for the employers to keep track of everything and stay well within the scope of the law. Wouldn’t it be great if there is a centralized pool that can be accessed by potential employers regardless of the location of the job seekers?

Consider another scenario where the previous employer has gone bankrupt and/or the company has ceased to exist due to any possible reason. This may go against the candidate since any concrete evidence of employment or source of verification isn’t available; marking him fraud!

Data fed into the Blockchain network can’t be easily removed and thus tracking history of existence of a particular employer can be tracked.

Regardless of your location, paying taxes can easily be categorized as one of the most difficult tasks. You could end up falling in higher tax bracket for reasons completely unknown!  For an instance, a onetime payment that was otherwise way too higher than your normal pay grade. Alternatively, you had some unavoidable expenses that ate up your income, but you have to pay a high income tax nonetheless.

There are dozens such reasons due to which the taxes could be wrongly calculated, bringing unnecessary confusion and stress. Smart accounting system powered by Blockchain can help you calculate and pay taxes in accordance with your income and purchases. That helps you to avoid burning a hole in your pocket while staying on the right side of the law.

As discussed above, enforcement of Smart Contracts is a spectacular feature of Blockchain technology in HR. Taking it further, it can be used to revolutionize payments execution with digital process management. Depending on whether particular conditions are met or not, the transactional flow can be entirely governed programmatically.

This comes as a big relief for gig workers and artists who are often tricked by label owners. Artists can control the way their music is accessed and that their due payments are made well within time. An important aspect of the same is that the need for intermediaries is eliminated and the potential of abuse of the system is immensely reduced.

What if an employee is travelling to a client location in a completely different time zone? Payroll processing in such circumstances is a lengthier task involving the banks, 3rd party payment gateways (if any) and thus overhead charges. Not to miss the needless formalities that piss off everybody.

Blockchain happens to eliminate the complexities involved, thereby easing out payroll payment, freeing companies from the need of paying intermediaries and speeding up the overall process! Who wouldn’t like money flowing nice and fast without leeches in the form of third parties eating up a major chunk of their hard earned money?

View posts by Gretis India
Gretis India is a renowned name for providing top-notch HR, Payroll, and recruitment outsourcing solutions to its clients worldwide. The company came into existence in 1997 and has more than 500 clients with a total turnover of almost 500 Cr.